Quartz and feldspar are divided into alkaline ore pulp with pH value of 11-12, alkaline earth metal ions are active agents, and alkyl sulfonates are scavengers. Quartz is the first choice for reverse flotation, and appropriate non-ionic surfactants can be added. Significantly improve the recovery of quartz. 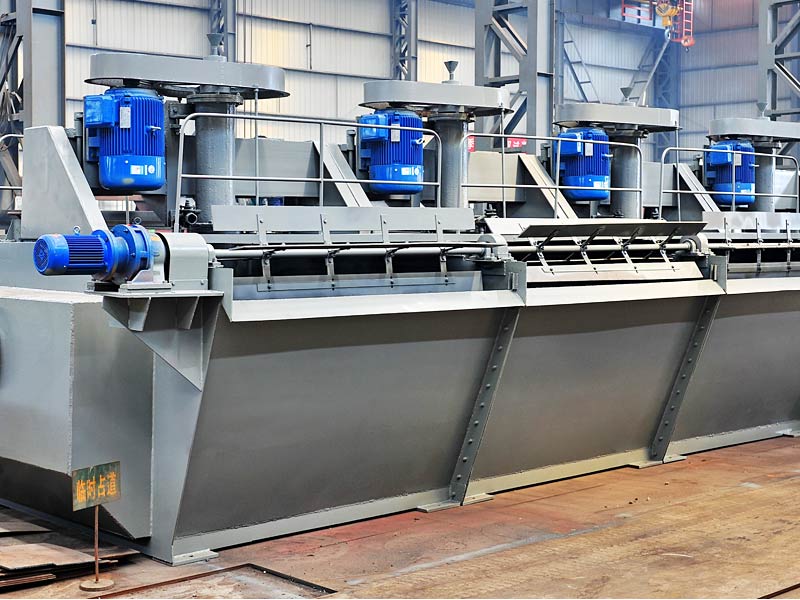 The acid flotation method is to use anionic and cationic mixed collectors in the acidic pulp with a pH value of 2-3 to preferentially select feldspar. According to the different reagents used, the method can be divided into fluorine flotation and fluorine-free flotation.

Under the activation of strong acid and fluoride ions, feldspar preferentially uses cation scavengers. The key to achieving flotation selectivity is to adjust the pH of the slurry solution. When pH=2, quartz is close to the zero electric point, while feldspar generally has a zero electric point pH=1.4~1.7. Under the activation of fluoride ions, the surface negative potential is enhanced, and the quartz surface is basically not charged. Amine cations are first adsorbed on the feldspar surface, making the surface hydrophobic.

In the neutral medium, both feldspar and quartz are charged, but there are still local charged areas on the quartz surface. With the help of static electricity and hydrogen bonding, the oleate ion is adsorbed in a small amount and is unstable. Under the action of inhibitors such as sodium hexametaphosphate, the surface adsorption starvation agent oleate can be removed.

The adsorption of oleate by feldspar is mainly Al3+ chemical adsorption, which is relatively firm. Sodium hexametaphosphate cannot remove this adsorbed oleate. Feldspar surface has a small amount of Al3+ and limited hydrophobicity, so feldspar cannot be given priority. But the oleate ion adsorbed on the feldspar surface can be used as an anion active site, and then adsorb the amine cation scavenger.

In neutral media, the key to the separation of feldspar and quartz is to select a suitable and effective inhibitor, which can not only absorb the oleate ions adsorbed on the quartz surface, but also prevent the adsorption of amine cation scavengers on the quartz surface.

Send us a message

You can also send a message to us by this email export@lylzzg.com, we will reply to you within 24 hours. Now tell us your needs, there will be more favorable prices!